Soviets on the Ropes. Kharkov falls to AGS. Desperate to hold they line they have left Kharkov undefended. Armor factories are in ruins.

AGN goes North and thru the mountain pass to fall upon Moscow in the Exploit phase from the NORTH!, after a desperate attack out of a potentially disastrous OOS situation, the Panzers pull thru. Aided by the expensive movement via SRM of Infantry to provide support.

AGN diverted its attacking from Leningrad and fooled the Soviet Player. Will the Soviet player concede or throw its diminished forces against the might of the PG’s!!? 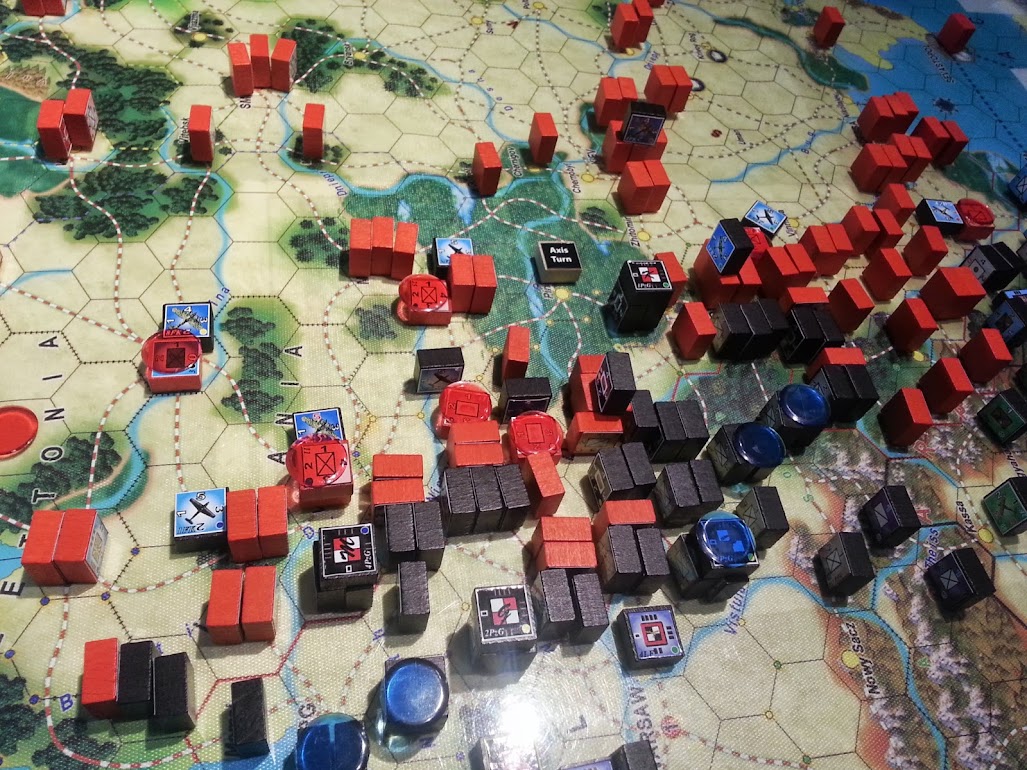 END_OF_DOCUMENT_TOKEN_TO_BE_REPLACED

Blocks in the East Axis Turn 1